Sorry, no posts matched your criteria.

OVER MOISTURIZING THE SKIN 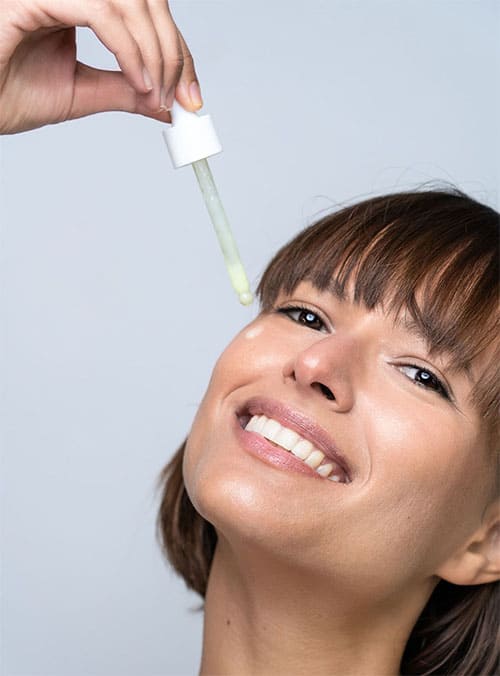 This week I had an opportunity to contribute to a wonderful podcast at Skin Care Talk Radio, and ask can you over moisturize the skin? To answer this question I had to explain the science of ingredients on the skin using my experience as a scientific researcher and the founder of NuVsio, a purity skincare focused company founded in 2011. Our main goal at NuVsio is to uniquely combine the purity of nature through a targeted scientific approach that ultimately produces exquisite mineral-based all-natural products with remarkable benefits. Following my passion for skin treatments and skin care started through my acne ravaged youth.  I have suffered with severe acne for years. I have also done some modeling in my youth, and the heavy makeup that is applied is almost like wearing a saran wrap on your face. It can ravage anyone’s skin, especially someone who has sensitive acne prone skin. So here I am some 15 years later and I am trying to revolutionize the skincare industry.

Today I would like to discuss with you something one of my colleagues brought up. Is it possible to over-moisturize our skin? Our skin is a living and breathing organ. On average our skin covers 3000 square inches, it is by far the largest organ in the human body. It is burdened with a difficult task of keeping the outside out and to do that our skin relies on three main layers. All the skin layers play important roles in your body, but it’s the top layer that we touch and feel, called the epidermis. This layer consists of dead skin cells which act as our protective shield, they are our armor. And this armor, it needs moisture and is entrusted with the act of keeping the dry outer areas from dehydrating you. But how do they do that? They do that by essentially having a layer of water-resistant wax and oil that covers your skin, which is your natural sebum. And one of my colleagues in the scientific field inquired if it’s possible to over moisturize. A funny side story, this colleague has an aunt that they call Aunt Shiny. Maybe all of us know someone that always seems to be moisturizing the skin with a greasy-looking, glistening effect on the face. Is this good or bad? Well when we look at the scientific empirical data on this, it shows that it can be bad. The reason is that over moisturizing results in your skin holding on to something like that saran wrap I mentioned previously, not letting it breathe. Also it does not let the skin naturally exfoliate the dead skin cells on that top outer layer of the epidermis, exfoliation that is necessary to let that skin cell layer regenerate. So why does this happen and how can we avoid it? First, let’s break down the constituent of what most of the water-based moisturizers are composed of.

Essentially most standard moisturizers have 4 components. The first component is a water-resistant component called an occlusive. Mineral oil and petrolatum or petroleum jelly, more commonly known as Vaseline are the most commonly used occlusives. The issue with these occlusives is that if you have too much of them, they form a non-permeable and a non-breathable layer. It’s very similar to that heavy makeup layer that was applied on me in my fashion industry days. If you put too much occlusive on your skin you will feel it and notice that your skin does not breathe. So what most standard moisturizers do is add a humectant to dilute the occlusive and to absorb and hold onto the water that is in the formulation. Some popular humectants include propylene glycol and glycerin, which give a smooth feel, while simultaneously substitute and dilute more expensive ingredients as the general cost of glycerin and propylene glycol are extremely low as these are industrial commodities. Humectants also help to hold on to the water in water-based moisturizer, extending the dry time to minutes instead of seconds. This gives a moisturized feel as the skin simply stays wet longer when the moisturizer is applied. Thus far we have mentioned an occlusive and a humectant as two of the 4 major components of a typical water-based moisturizer. The third major component is an emollient. An emollient is something that allows you to distribute the product on your skin and gives a silky feel. In general, emollients have little functionality and are primarily used for smoothness and soft feel. Now you have the basic 3 ingredients on a water-based moisturizer. Now because the water-based moisturizer contains an Oil component and a water component, and Oil does not like water, you need the fourth component, which is an emulsifier to bring the water phase and an oil phase together. The emulsifier does a great job of producing a thick and stable oil in water emulsion but the emulsifier that can sit on the store shelf for years without separating, unlike other oil in water emulsions, think of a salad dressing that you have to mix which is a blend of oil and vinegar.  An emulsifier brings oil and water together, but once the moisturizer dries onto your skin and the water is removed, leaving behind the occlusive and emollient and humectant, the emulsifier can now further act to make that protective layer on your skin very water sensitive.   Should you wash your face or hands with nothing more than a simple splash of water, the emulsifier will act to help that water wash that protective layer off your skin, furthermore the humectant will also further aggravate this situation as it will pull more water into the film.  Hence a slight rinse of the hands or a splash of water on the face, and all that protection is gone.  Further issues arise as the emulsifier can also aid in the removal of your natural oils, further stripping your skin of protection. Hence, a standard water-based moisturizer moderately moisturizes the skin but only temporarily. As soon as you wash your skin or introduce water, the water-based moisturizer stops being effective.  This cycle can repeat itself, to the point where certain individuals feel it necessary to over moisturize, to over apply these non-effective systems, and thus over load their skin with what they think is a protective layer.  In fact what your skin needs is a very thin, yet very tenacious protective layer that mimics and works with your own natural skin’s protective oils.

Wishing you a healthy, glowing skin,

Listen to the podcast now: Dr. Brei Explains the Science of Ingredients on the Skin 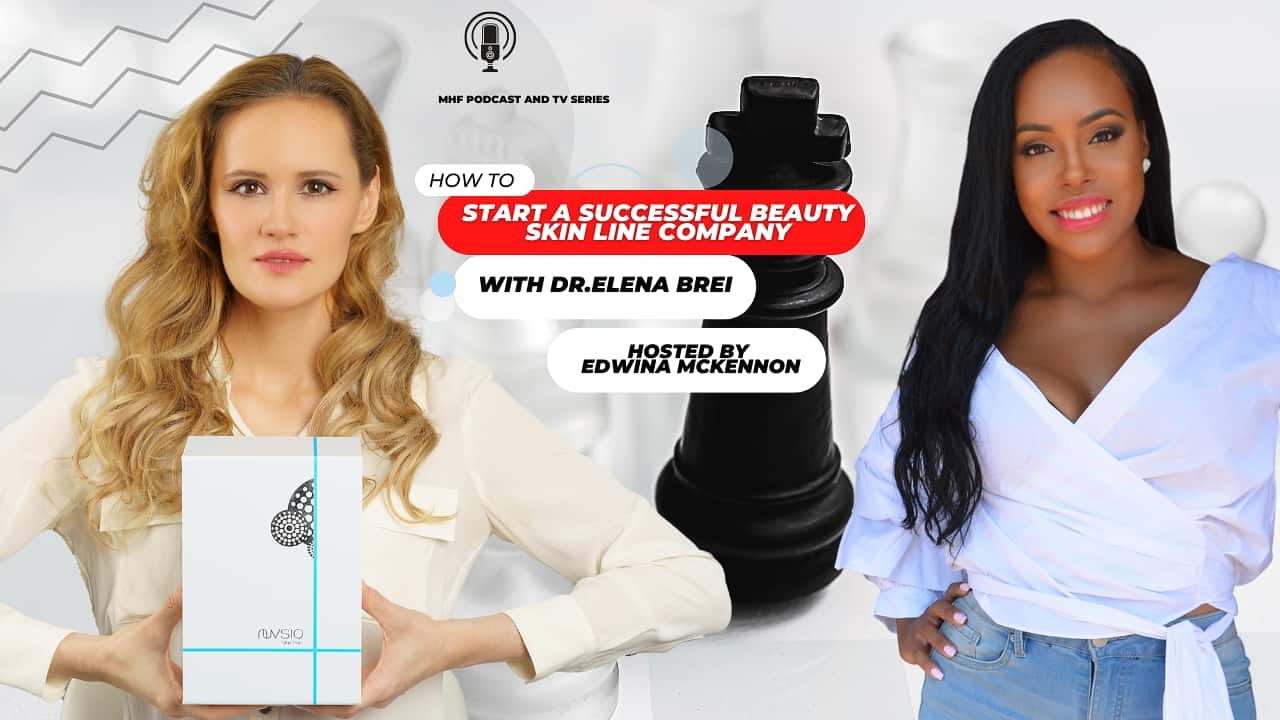 HOW TO START A SUCCESSFUL BEAUTY SKIN LINE COMPANY | With Founder of NuVsio Dr. Elena Brei 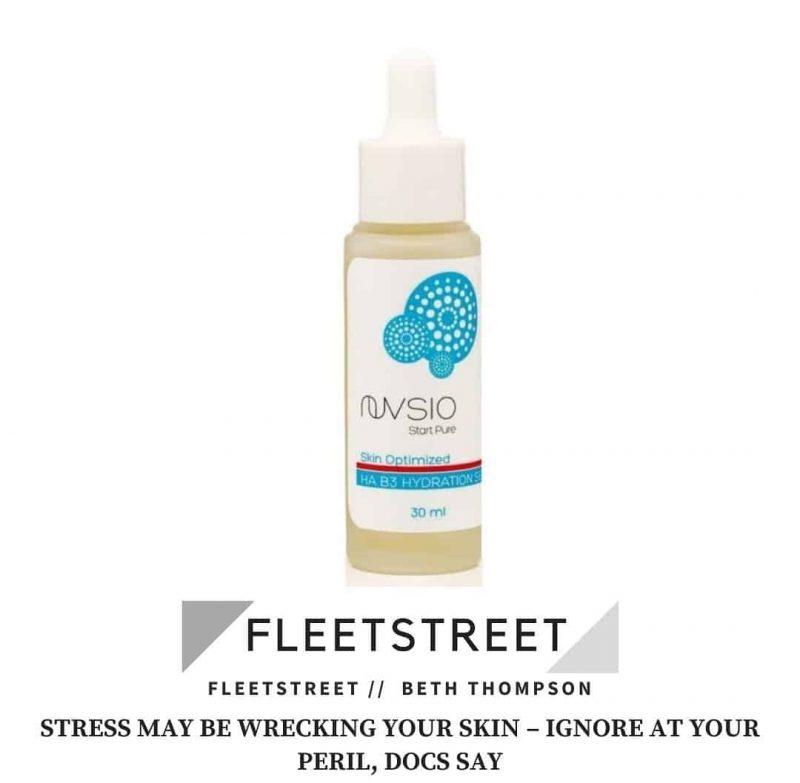 FLEETSTREET: Stress May Be Wrecking Your Skin – Ignore At Your Peril, Docs Say 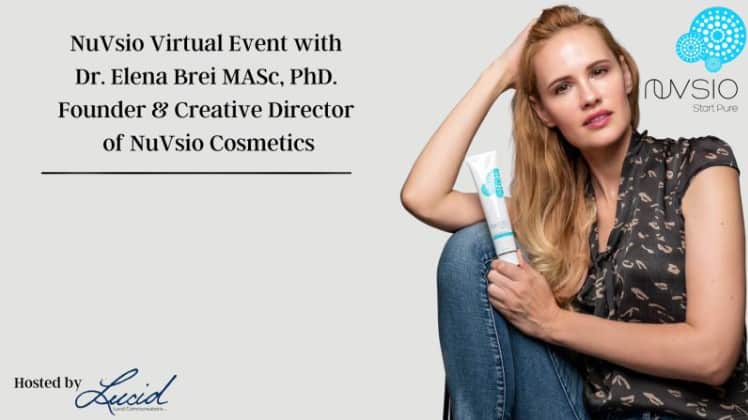